Has Social Media Played The Correct Role In The Ukraine Crisis?
As in Ethiopia, Iraq, Israel/Palestine, Libya, Myanmar, Sri Lanka, Syria, and other countries, people use digital platforms to document and condemn large scale human rights abuses during conflicts and war. Common people, influencers, businesses and Government agencies take to social media to protest against the humanitarian crisis and to appeal to the international community for preventive action, relief and assistance. For over a decade, social media platforms have played an important and growing role in crises, conflicts, and war. Platforms are also spaces where governments and others spread misinformation, incite violence, coordinate actions, and recruit fighters. The war in Ukraine is no exception.

Since Russia’s invasion of Ukraine on February 24, 2022, social media and messaging platforms have taken many steps in response to the war in Ukraine. Most of them aimed at countering harmful disinformation, adding labels to or blocking state-sponsored or state-affiliated media, or introducing extra safety measures. Some decisions were made in response to government requests, some in defiance of government requests, and others in response to public pressure, or at the platforms’ own initiative.

Has social media played the right role in the Ukraine crisis? Did it do enough to support the humanitarian cause? Here’s a look at what’s been announced so far from the major social media platforms.

META
Facebook is at the center of the social media information flow within the conflict zone, with around 70 million users in Russia, and 24 million in Ukraine, approximately half of the total population of each respective nation.

Last month, the Russian Government announced that it would restrict access to Facebook due to Meta’s refusal to remove warning labels against misinformation on posts from state-affiliated media. Now, Meta has taken that action a step further, by also prohibiting ads from Russian state media, severely limiting the capacity for Russian authorities to use Facebook as an information vector.

In addition to this, Meta has also established a special operations center, staffed by native Russian and Ukrainian speakers, to monitor for harmful content trends.

YouTube
At the request of the Ukrainian Government, Google-owned YouTube has announced that its restricting access to Russian state-owned media outlets for users in Ukraine, while it’s also suspending monetization for several Russian channels.

YouTube’s also removing Russian state-owned channels from recommendations, and limiting the reach of their uploads across the platform.

Google
Google has imposed restrictions on the Russian media outlets that will not be able to display any ads via Google Search or through Gmail. Google’s Europe team is actively monitoring the war in Ukraine.

Twitter
Twitter has announced a temporary ban on all ads in Ukraine and Russia to elevate critical public safety information. Twitter had already banned political ads, including those from state-affiliated media back in 2019.

In addition to this, Twitter has also announced that it will no longer amplify government accounts belonging to states that limit access to free information, and are engaged in armed interstate conflict.

TikTok
TikTok has made no official comment on the conflict, nor how its platform is being used. And given that TikTok is owned by China-based Byte dance, and China has backed Russia’s action in the region, it may not take a firm action, officially.

Snapchat
Snapchat has halted all ads running in Russia, Belarus, and Ukraine in order to facilitate better information flow within the impacted region, while it’s also pausing ad sales to all Russian and Belarusian entities. Snapchat also doesn’t accept ads from Russian state-owned entities, nor does it display state-affiliated media in its app.

Pinterest
Pinterest has announced that it is donating $250,000 to the International Rescue Committee to support refugees and provide aid to crisis-affected families.

Clubhouse
Clubhouse has turned its Replay feature off by default for all users in Ukraine, adding an extra level of assurance for those using the app to discuss the ongoing situation. Replays are also off by default for Russian users.

Grammarly
The language solution company has prepared contingency plans for various scenarios along with financial and logistical assistance to support its team members in Ukraine.

Many actions that social media platforms have taken during the war in Ukraine, such as account takedowns, geo-blocking state-affiliated media channels, content removal, and demoting content, have implications for freedom of expression. Companies need to be able to demonstrate how their actions fit within a human rights framework- specifically, whether restrictions on freedom of expression are necessary and proportionate to a legitimate aim, and whether they are procedurally fair.

Furthermore, it is important to assess whether these actions were taken as a result of clear, established, transparent processes for responding to government requests or enforcing their policies, or a result of political pressure, plus the potential unintended consequences of these actions. 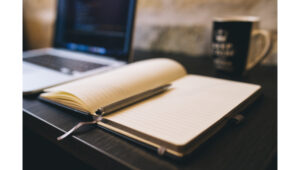